Finnish trio Flux is back with a new single to follow up the critically acclaimed “Claws And Teeth” from last year. This is the second release from this electronic outfit with the new vocalist Salla Rimmi and the band has gone even further in their attempt to find the ultimate mixture of pop, electronics and a healthy dose of Finnish melancholy.

It has been a long process to find the formula for the new version of the band since the previous singer was replaced after the release of the “Safe + Sound” album. The release date is set to July 25 2011. 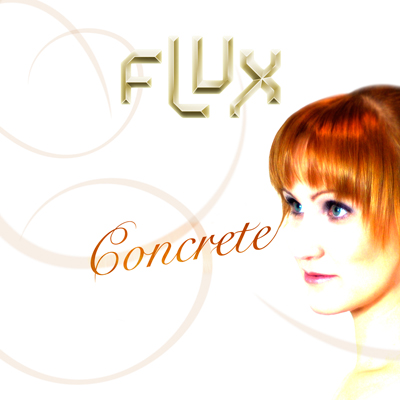 “Concrete” is a song about self-esteem and self-image and it was recorded in the land of a thousand lakes and Ville Brusi of the band says: “This one is refreshingly different from our previous singles but except for that there’s really not much we can say more than that it was terribly cold when we recorded it.”

The single contains the title track and the exclusive B-side “Ebon” and three bonus remixes by the French band Foretaste, Christopher Anton from the American group Information Society and a very analogue remix from Diskodiktator done entirely on vintage Korg MS-synthesizers! Ville Brusi says: “The Foretaste remix has shades of French cold wave in it, Christopher Anton brings good old American muscle to the song and Diskodiktator remix is very stylish and retro, a kind of a Scandinavian point of view. I like how the French version sounds French, the US version sounds American and so on…”

A new album is in the works and “Concrete” is a teaser of what’s coming!

This is the homepage of international electronic music label Electric Fantastic Sound founded in 2005.
Feel free to browse our vast catalogue and to get in touch with us if you have any questions or promotional requests.
The Garland Cult
"Monster"
Release date: 2010-07-01