Swedish indie pop duo Social Ambitions announces the release of their brand new single entitled “Commandments”, a powerful anthem for a long hot summer night with influences from Manchester, Berlin and Vince Clarke. The release date is set to August 1 2011.

It is the perfect song for a long hot summers night when you’ve stopped thinking of what is right or wrong.

To celebrate the release of the single the band will perform at the annual Stockholm Pride 2011 on August 5 in central Stockholm. 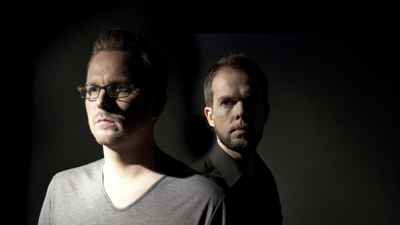 The group that consists of Anders Karlsson and Mikael Arborelius was formed in 2006 and after a
collection of singles their critically acclaimed debut album “Almost Gone” was released in 2010, an album that was nominated as Album of the Year in Manifestgalan 2011, the Swedish alternative Grammy Awards.

This is the homepage of international electronic music label Electric Fantastic Sound founded in 2005.
Feel free to browse our vast catalogue and to get in touch with us if you have any questions or promotional requests.
Diskodiktator
"Malmö C förklarad"
Release date: 2014-05-31